beyond the walls of le murate

Le Murate – the former convent, turned prison, turned hipster hub – is one of the most culturally rich (and confusing) sites in Florence. It is also the easiest to miss. I, for one, nonchalantly strolled by Le Murate for close to a year before I was enlightened to its rich history and cultural events. 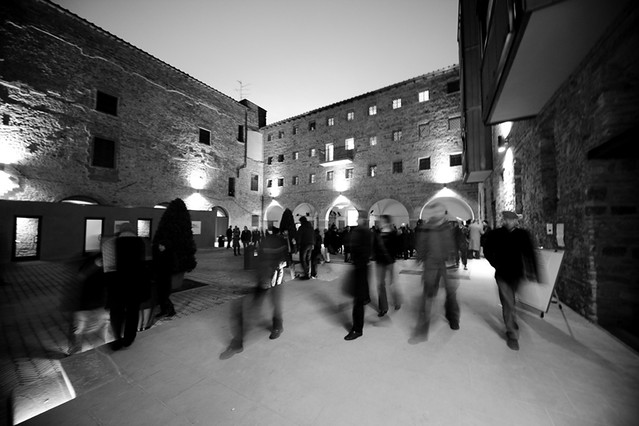 With the impending Notte Blu (typically falling in the shadow of Notte Bianca) taking place at Le Murate this weekend, we feel it is the perfect time to do a little enlightening ourselves.

The walls of Le Murate blend so seamlessly with the fabric of the city that odds are, like me, you will stroll right by if you are not paying careful attention to directions. From the Duomo, head south on Via del Proconsolo toward Via del Corso. Turn left on Via del Pandolfini. Keep heading straight and continue onto Via del Agnolo (almost all the way to the viale). Past Via dei Macci and Via delle Conce, you’ll reach Le Murate, which takes up an entire city block between Via del Agnolo and Via Ghibellina, one block south.

Head to Via Ghibellina, and before you reach the thoroughfare, find an open door to your left just before a large church facade, which is recessed into the fortress wall that envelopes it. You’ve reached Le Murate. 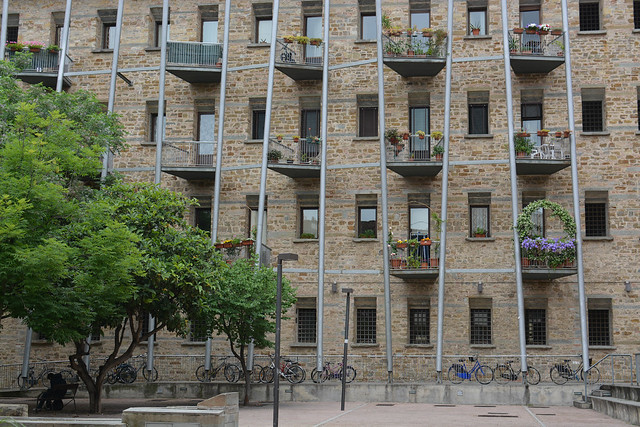 Luckily for you, we’re here to bring you up to speed. The walls of Le Murate were constructed in 1424 as the home of the Benedictine sisters of Santa Caterina. This particular order of nuns chose to be cloistered from society, lending to its nickname, le murate (the walled-up). The sisters lived a quiet and happy life walled up for nearly 300 years until Tuscany fell under French rule in the 19th century.  With the suppression of Florence’s religious orders, the walls of Le Murate figuratively fell around the sisters, and they were forced out of their convent.

The physical walls stood strong, and by 1845, their function shifted to walling up male prisoners. Le Murate, right in the city center, served as a prison until 1985. Spanning the fight for Italian unification and World War II, some of Italy’s most famous and infamous heroes and criminals spent time behind these walls. 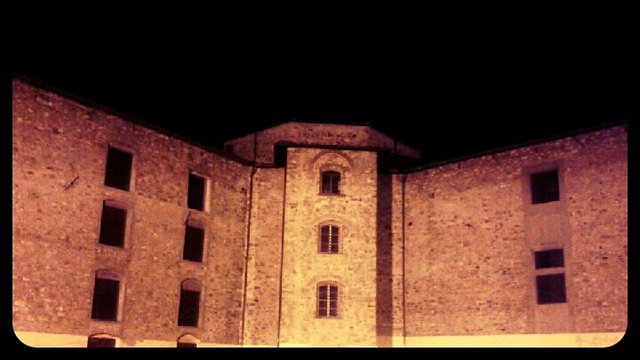 In over 500 years of existence, it was the 1966 Arno flood that first posed a true threat to the muri of Le Murate. As water flooded the prison, guards decided to unlock the cells of the prisoners. Residents in the neighborhood took prisoners into their homes until the flood resided. Perhaps it was the goodwill of their neighbors or the spirits of the Benedictine nuns that compelled all but three prisoners to turn themselves back in after the flood. One group of prisoners even risked their lives to save the warden and his family.

In 1974, an inmate revolt shook the walls of the prison to the core. For the next ten years, the prison was never able to fully recover to its former strength and integrity. By 1985, Le Murate was far too dangerous for its location in the city center, and prisoners were relocated to the Solliciano facility outside of the city.

Over the past 30 years, hipsters and free spirits have been drawn to the convent/prison, as it is the ultimate metaphor for “breaking free” of societal conventions. Here, they use artistic expression as a liberation of the self. Head toward the Caffè Letterario (literary café ) just off of the courtyard. 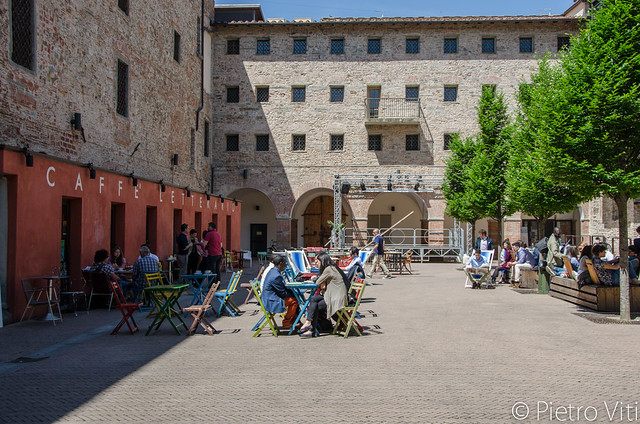 The café was founded when numerous literary societies in Florence gained permission from the city to use the former prison as a venue for cultural and artistic exchanges. Artists, scholars, and young hipster socialites are drawn in for a cup of coffee, a cheap breakfast, a place to study, to browse the art galleries, page through books, listen to live music, participate in poetry readings…the list goes on and on. Even the radio station Controradio broadcasts from within its walls. The Caffè Letterario is clearly much more than your typical café . This hub for modern arts, however, has not forgotten about its dynamic history. As a reminder of the past, the tabletop that your cappuccino and laptop rests upon is actually an old jail window. When you visit the restroom, think of the prisoners who used to call this cell their home. 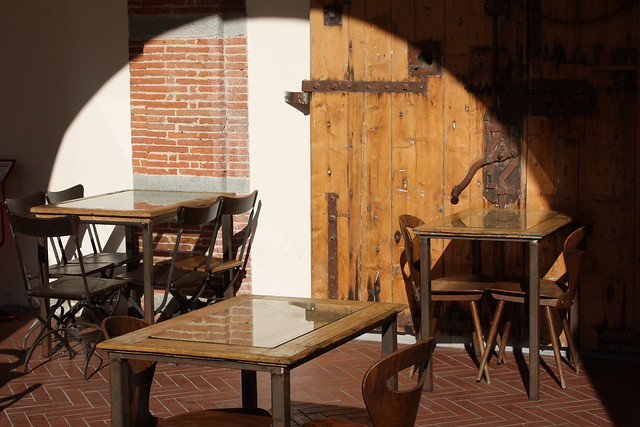 We hope that we have you grabbing your keys and headed out the door to Le Murate, as this is the perfect weekend to do so. Notte Blu, May 8 – 10, will host 27 hours of concerts, lectures, art exhibits, and movie screenings at Le Murate to celebrate the arts and culture of the European Union. For a rundown of the fun, check out the Notte Blu program here. And be sure not to miss the venue’s year-round events here.