Each and every palazzo, piazza, or strada in Florence has a history, composed of centuries of unique stories. While people have come and gone over the past 2,000 years, their legacy remains in the layers of the streets and the tops of the towers–we just need to look for it. It is certainly not a secret, however, that the history of Florence is dense. That’s why we say, slow it down. Get to know the city and its stories one street at a time.

Oh, look! A post about Via del Corso. Shall we start there? 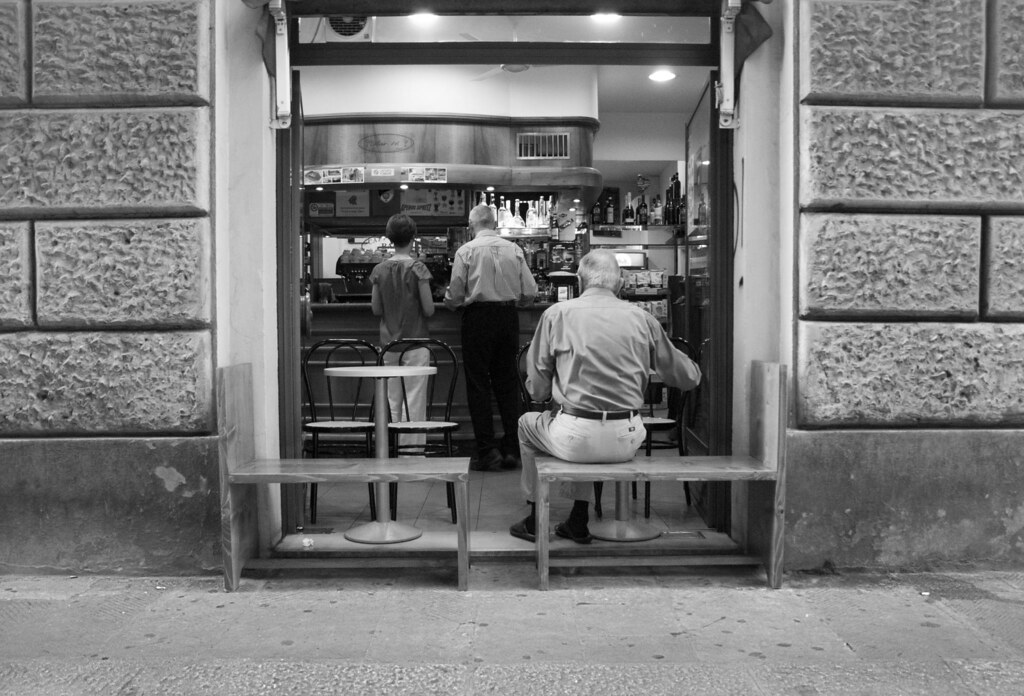 Bar on Via del Corso by g_u

Via del Corso runs east to west in Florence, from Via del Proconsolo to Via Calzaiuoli. We will begin on the west end of the street, where Via Calzaiuoli meets our star strada of the day (look for Yamamay).

While Via del Corso is now a vital vein in the center of modern Florence, its layers go 2,000 years deep. Walking along Via del Corso is a walk down the x-axis of the original, tediously planned Roman city of Florentia. The street’s name hails from a medieval horse race in Florence, Corsa dei Barberi, a portion of which ran down present-day Via del Corso. 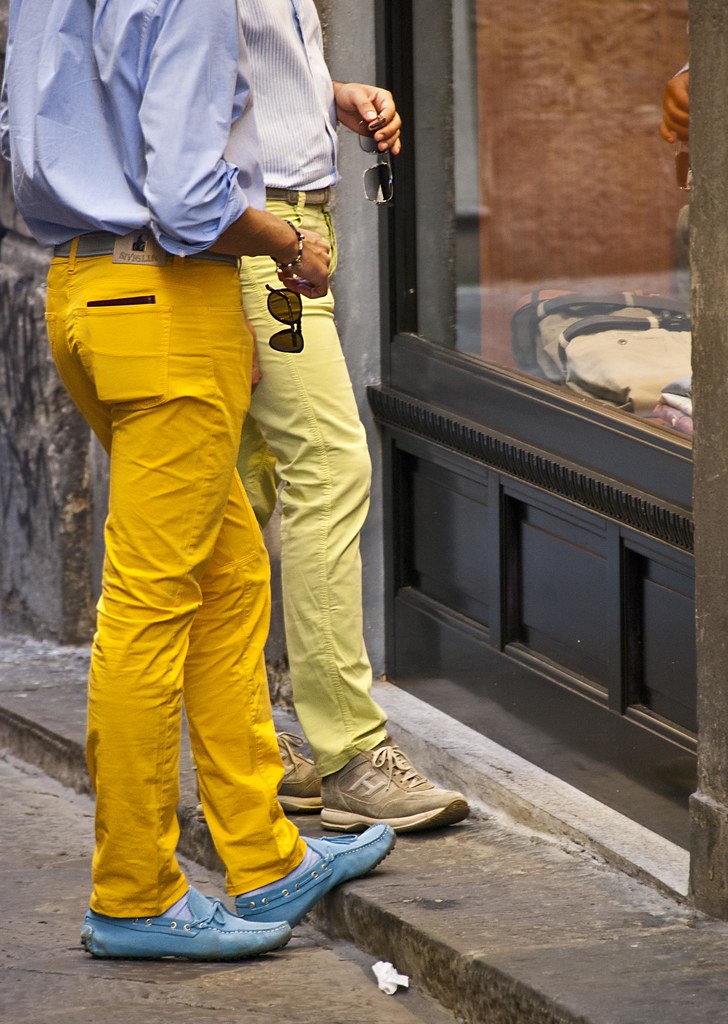 Shopping on Via del Corso, by g_u

And we’re off! If you’re weak like us, you’ll cave right off the bat and slip into Festival Gelato for a kick-start. Just when you thought you faced your only temptation, then comes the shopping–shoes, clocks, Viola sportswear, leather, children’s clothing, MORE LEATHER. Before we disgrace the Florence for Free name and encourage you to break the bank, find the small sign that indicates the Torre dei Ricci-Donati on your left. The tower on the left (you guessed it) belonged to the affluent Ricci family, and the tower on your right is known for its most famous resident, Lorenzo Ghiberti. 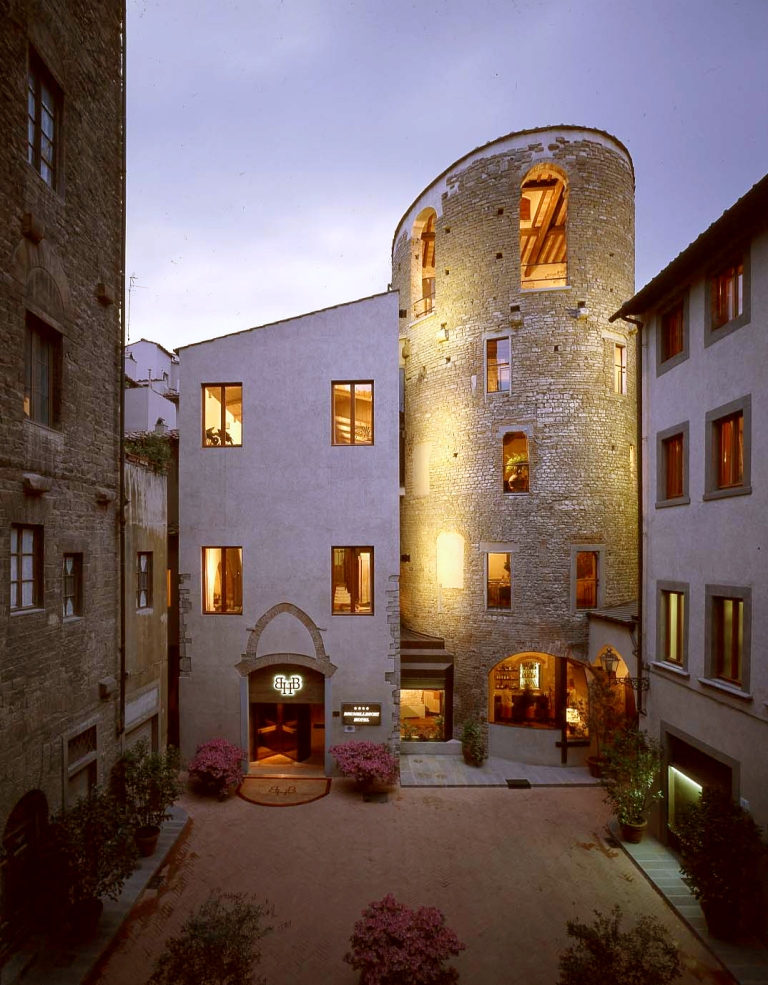 Take refuge down the small alley, and suddenly, you’re 1,000 years removed from reality, transported to medieval Florence. The pocket-sized Piazza Sant’ Elisabetta is the most well preserved medieval piazza in Florence. The towers we noted on the way in define the southern border of the square, but we imagine that the more intriguing round tower has caught your attention. The structure was once a watchtower, marking the former northeast corner of the city when the walls contracted in the 5th and 6th centuries. When the city once again expanded, the tower’s purpose changed. By the thirteenth century, the tower functioned as the female prison of Florence. Its name, Pagliazza, is derived from the prison years, as the word paglia references the straw pillows that the prisoners slept on.

Extending from the east side of the piazza is Vicolo degli Alberighi. Although we don’t want to stray too far from our Via del Corso path, the dark and quiet vicolo is most certainly worth a look. On either side of the street, tower homes cast dark shadows on the road below (which is really more like a path). Tower homes were medieval Florence’s solution to high property taxes. As taxes only applied to the surface area occupied on the city floor, families built their homes up and even out as they grew. Notice how the towers angle out the higher they rise, blocking even more light from reaching the street floor. The vicolo is a claustrophobic reminder of those close, dark quarters that made up medieval Florence. Look up and note the bridge that connects the tower houses defining the vicolo. Such passageways were common among homes that joined forces through marriage or kin. They offered a safe alternative to taking to the violent, gang-ridden streets. During the Renaissance, the city remodeled the roads and regulated tower height, and the medieval streets of Florence were slowly sent packing. Sant’ Elisabetta, however, managed to slip through the cracks, and today serves as a reminder of how gosh darned thankful we are that we didn’t live during those dark, violent, plague-ridden times.

As you exit the piazza and spill back onto the bustling Via del Corso, look up for the white plaque with the red cross mounted on the building across the street. The emblem is the sign of the Capitano del Popolo, or the representative of the Signoria who enforced limiting the power of noble families in Florence. The emblem can be found plastered throughout the city on all public buildings.

A few steps ahead and to your left is one of our favorite little pick-me-ups–ChiaroScuro. ChiaroScurro has a cioccolato caldo to knock your socks off, a variety of coffee flavors and a delightful aperitivo that will perfectly tide you over until dinner. 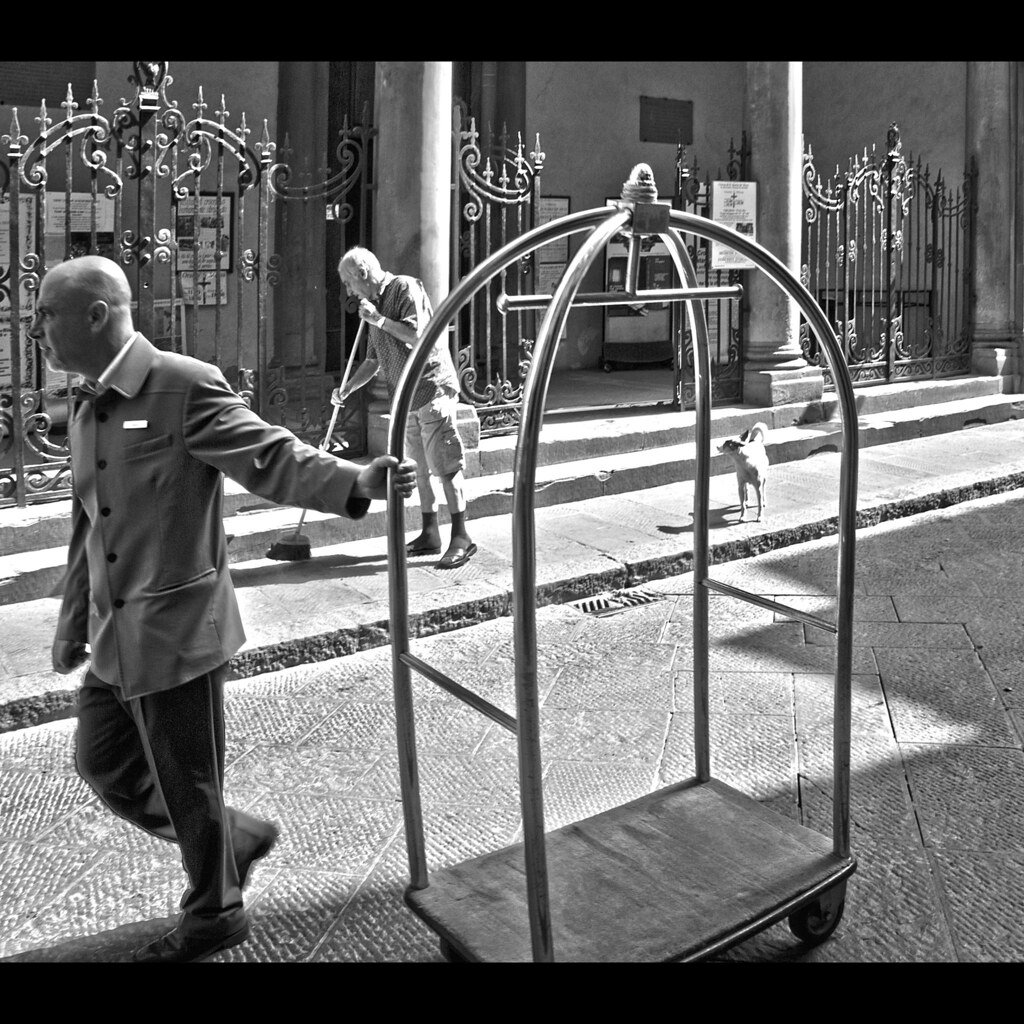 If you’ve opted to take your stroll during the evening (you know us, we’ll always push a good night walk), you will most likely encounter enchanting organ notes drifting down the street. Let them draw you into Santa Maria dei Ricci. Nearly nightly the church treats passersby to free concerts.

Just up the road and to your right, the swimwear shop Glamour occupies the base of the historic Torre dei Donati. The Donati family and their historic home represents the heart of the Guelph and Ghibelline conflict in Florence. Notable resident Corso Donati flip-flopped allegiance to either side throughout his life, until he was eventually killed by an angry mob. The occasion was later described by Dante in his Divine Comedy as being “dragged to hell by a beast.”

And how would Dante know, you might ask? Well the gossip mill down Via del Corso was alive and healthy during the Middle Ages–especially when it only had to travel a few strides down the street to Dante’s stomping grounds. Just up from the Torre di Donati, you’ll be drawn to your right through an arched vicolo that leads to the church of Santa Margheriti dei Cerchi, Dante’s parish church. Today, wide-eyed romantics flock to the church to honor the place where Dante might have first laid eyes on his muse and one true love, Beatrice, who is also buried there. Victims of unrequited love leave letters at her tomb, longing for a happier ending than that of history’s most famous couple that never was. 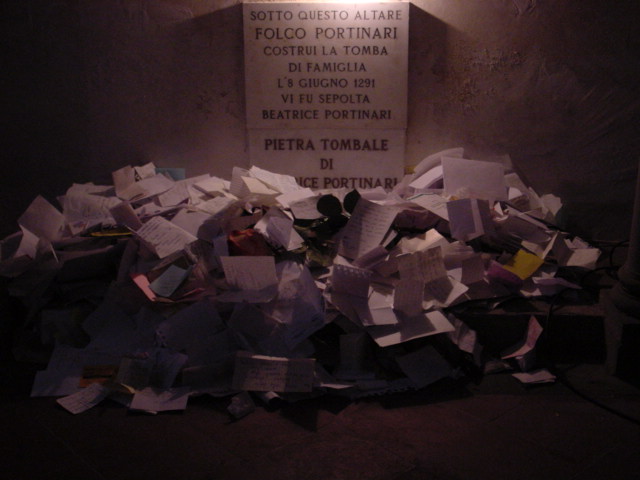 Awkward side note: This is also the church where Dante married a Donati daughter!

Dante’s muse and the future Grand Duke of Tuscany make an unexpected historical high-five just up the street at the Banca Toscana. Well, ok it actually is the Palazzo Portinari Salviati–but it’s a funny visual to think of Cosimo and Beatrice in line at the same Bancomat. The palazzo was the childhood home of young Beatrice, a member of the prominent Portinari banking family. Fast forward a few hundred years, and young Cosimo de’ Medici was running through these same halls, as he was born and raised in the palazzo. With the boring banking facade, scarcely anyone is aware of the treasures (frescoes, sculptures, stained glass, and more) that the palazzo holds. Even fewer are aware that the palazzo is open to the public and free tours are even available upon request. If you’re not in Florence, have no fear, a virtual tour can be found here.

Pelluso (the Payless of Florence) is your final temptation before crossing the finish line of Via del Corso. And that’s it! Within a few blocks, we walked over the ancient Roman skeleton of the city, snuck through medieval tower homes, touched on Florence’s greatest feud, and even name-dropped a few political and cultural all-stars. Like we said–best to take this city one street at a time.